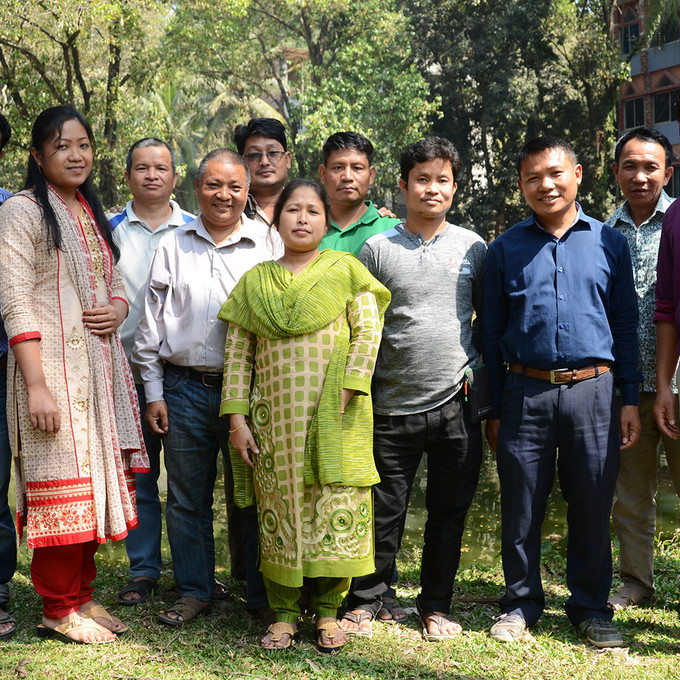 Humanitarian Foundation (HF) is an indigenous development organization established in 1999. The founders - Moung Moung Shing Marma, Amar Chakma and Abraham Tripura - formed the organisation to empower the poor particularly the indigenous peoples for self-reliance, oppose discrimination and exploitation in their life from the perspective of land, culture, heritage and rights of identity. Since its inception, HF has been implementing different kind of development activities in Bandarban Hill District for the social and economic development of the poor. HF's work is located in Bandarban District mainly - one of the least developed parts of Bangladesh. The partnership of HF and CO-OPERAID goes back to 2009. HF received the national «Independent Award» in 2012 for its work for the education for indigenous children.